Three of my photographs of 2011 were shown in the Archisle 1 exhibition in Jersey. They adhere as an unintended whole of three parts. Now I think of them together as an example of the neo-medieval form of multi-panel art so congruous with the presentation and subversion of religious iconography: Triptych. 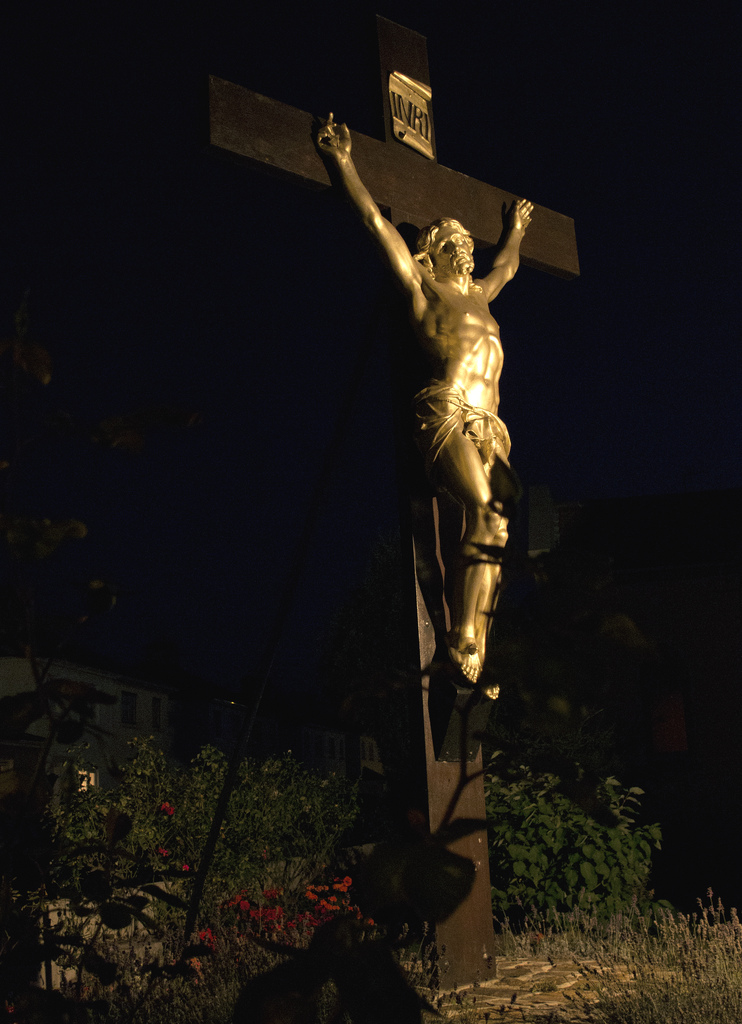 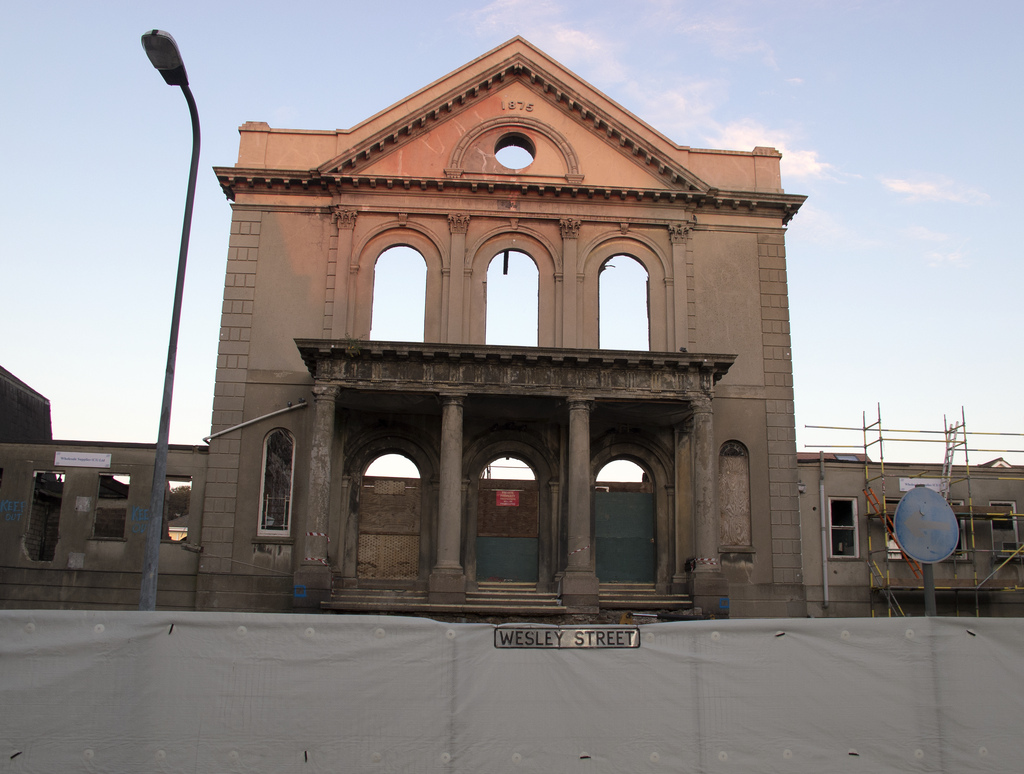 After I have shared work publicly I can be troubled that I haven’t worked for longer at editing it. Most of my work contains big chunks of barely touched first drafts alongside laboriously reconfigured material, and that is my application of chiaroscuro. My experience of making the triptych was different – it had to be completed to a deadline imposed by the Archisle photography open call. I recklessly, and thrillingly, finished it with no time to spare. Ideas and sources for its inspiration had been seeded at Archisle workshops and the piece is a response to themes and challenges of the workshop programme previously discussed here.

The figure pictured at the top belongs to St Patrick’s, a small Roman Catholic church near Samares in Jersey.

Next, a chapel, built in Wesley Street in 1876, which in recent times was used as commercial premises until a fire in 2008. It is being developed by Dandara to be luxury flats behind the retained and restored facade. The pictures of the Methodist chapel of brother Wesley and the light shining on the golden musculature of a neoclassical, dying Christ were made on the last evening before the deadline.

Months earlier I was in the central auditorium of Jersey Opera House accompanying another photographer, my friend Will, and I was taking ‘back-up’ photos and making a kind of document of the process as he carefully composed his shots. The image of mine from that day was the last piece to earn its place in the succession of three: The geometric grandeur and illumination of secular culture in the cathedral of art.

With thanks to those who have encouraged the image-making side of my creativity, I have found a way to make a visual statement (again, at last!) and it feels something like freedom. I have tried not to overdo analysis here because it seems there is a lot to be made of religious subjects in visual art and I would rather have comments and discussion than a lengthy statement of artistic intent.